A word of welcome from our
Worshipful Master .....

Welcome, please feel free to browse our website, I hope you will find it interesting. For those of you who are Freemasons, please come and visit us and those who are not, please enquire about joining our marvellous fraternity.

Our Lodge is descended from the Lodge of Tranquility No.274 being a Granddaughter Lodge via the Lodge of Hospitality No.1697.

Grants Lodge 8825 is a relatively young Lodge, being a mere years old this year, founded on 6 November 1978. The oldest Lodges are several hundred years old, our Mother Lodge, Tranquility No.274, is years old, but although we are but youngsters, we are strong in our traditions and our rituals, and hearty in our celebrations.

Our Lodge has attracted members who live in areas as diverse as Dumfries and Galloway, West Yorkshire, Cheshire and Cumbria. Although many members are from the local area of the Rossendale Valley and Bury.

Following in the same Masonic tradition as Grand Lodge, three brethren Eric Rogers, Joe Strang and Edgar Poulton in the Autumn of 1975 together with their wives were having a quiet drinking in the Footballers Arms, Summerseat, when the idea of founding a new Lodge was first discussed.

Correspondence in the archives is extensive and is largely between W. Bro Edgar Poulton and W. Bro Edward Aspinall ProvGSec, also involved was W. Bro Leslie Hiles APGM, (later to become DPGM and PGM). The correspondence dates from December 1976 up to and just after the Consecration. Clearly there was a gap between the Autumn of 1975 and December 1976, presumably a lot of preparatory work was underway, but not to the extent that things needed to be recorded during that time.

The brethren who ultimately made it to the petition were:

According to the archived correspondence, Edgar Poulton in particular as administrator and organizing secretary did not have an easy time of things and there were a number of thorny issues that almost killed off Grants petition even before it got started.

Location - beware of the natives' 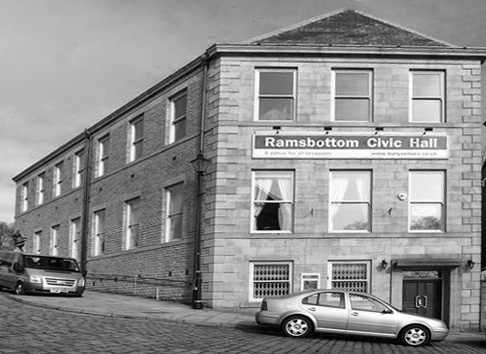 It was originally intended that meetings should be held at the Civic hall Ramsbottom, but unfortunately the founders met with opposition from brethren of Lodges already meeting there, at one particular meeting of 'interested parties', in March 1977 it was hijacked by members of the existing Lodges who turned up in large numbers, totally in opposition to the formation of a new Lodge in the belief we would be seeking candidates from within their area. It was so bad that it was requested and granted that future meetings at the civic hall were to be held in a smaller room, with no access to the bar, to prevent a reoccurrence. Things got so bad that a meeting was scheduled for 28th April 1977, referred to in correspondence as a 'make or break' meeting as to whether or not the 'interested parties' should continue with the project, the outcome was that rather than risk any disharmony, it was decided to seek accommodation in Rossendale. So, application was made to Rossendale Masonic Association with a request that the new Lodge should meet on the 3rd Thursday of every month Sept through to May excluding December. By 23rd June 1977 it had been decided that Ashday Lea would be the location and Hospitality Lodge would be our sponsoring Lodge, the correspondence refers to there being reciprocal arrangements around gifts of Lodge furniture and jewels, this I believe was completed with the exchange of Charity plates.

Running in parallel at the time of resolving the issues around location, was the even more sensitive issue around who could and could not be Founders. Most of the brethren of Grants will be aware that Bro. Len Caplan and Bro Alf Mealor were to be excluded as Founders at the insistence of the Province following a directive from UGL, the reason being that neither had been a MM for three years. Ultimately, due to due to passage of time, Alf Mealor did qualify leaving Len Caplan on his own and ineligible. The correspondence on file is quite terse in its nature and there were threats of resignation and abandonment of the project and a request to have the petition returned was made by Edgar Poulton, in his role as administrator and secretary to the petition, Edgar consistently quoted the book of Constitution Rule 94 which states

"every application for a Warrant to hold a new Lodge must be by petition to the Grand Master, signed by not less than seven Master Masons regularly registered under the constitution of the Grand Lodge"

UGL were being guided by a ruling which dated back to 1922 by the then MW GM that a MM had to be of three years standing to be a petitioner.

Inevitably there has to be a compromise Edgar asked that the 3 year rule, be brought before the Board of General Purposes, that the book of constitution thereafter be changed. This probably was never brought before the Board of General Purposes, because Rule 94 is the same today as it was then, although Eddie frequently raised this with Edward Aspinall the Provincial Grand Secretary at the time.

The other element of compromise was that Bro. Len Caplan would become the first joining member of Grants, which happened at the first regular meeting following the consecration meeting, and all the necessary formalities were performed for that to happen.

Names on the Warrant - timely connections

In addition to the names already cited one other name appears by December 1977, that of Bro Eric Franklyn Marks. obviously, an interested party to the petition and I believe he was the conduit to the other 'Jewish Founders' who belonged either to Eric's Mother Lodge or its associated Lodges.

The Lodge name of Grants - person or place?

The name of Grants had been chosen quite early in the process, certainly by the end of 1976, however correspondence from Province in July 1977 pointed out that it was unlikely UGL would approve the name 'Grants' and that more detail would need to be provided in support of the name Grants. Grand Lodge being most particular not to have Lodges named after any person so 'considerable explanation of the historical connections to the 'place' were required. 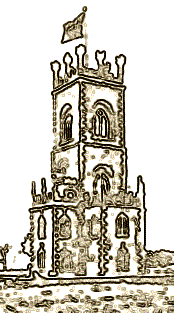 The original intention was to adopt a badge or crest, this involved obtaining approval from the Executors of Sir Peter Grant Lawson for his crest to be incorporated into Grants stationery. This crest was displayed over the entrance to St Andrews church in Ramsbottom. Approval was sought from Grand Lodge in May 1978. On 31 July 1978 UGL Grand secretary corresponded with the Provincial secretary to inform him that with regret the design submitted was not approved, the crest was abandoned due to the complexities required in getting it approved by UGL. These included issues around heraldry and the use of 'arms'.

The Provincial Secretary then wrote to Edgar Poulton to express his sympathy at the frustration he must have felt. He went on to add that he had previously dealt with 21 consecrations and never before had such difficulty with any designs.

The alternative plan then came into being, that of obtaining a copy of the now demolished 'Grants Tower' and to use this as our crest. This was supplied to the petitioners by the newspaper, the Bury Times and there is a copy of the original kept on file, duly approved by the Grand Secretary.

The tower had been erected in 1828 to commemorate the first visit of the Grant family to Ramsbottom, the tower collapsed in Sept 1944 and therefore no longer exists.

The founders originally wanted the consecration to take place at Ashday Lea, however, due to the numbers wishing to attend, ultimately the Temple in Bridge Street became the venue, and 150 tickets were allocated. Lord Hewlett presided, his deputy was Fred Towns and Peter Walthall was the ProvGDC. The times and dates for this to take place must have changed at least ten times for one reason or another, but it finally happened at 3.30pm on Monday 6th November 1978.

Acknowledgement: The above information on the founding of Grants Lodge was provided by WBro. Douglas H Stott.

We would be happy to chat to any man who is interested in joining our wonderful fraternity.